If you want to know how to get more out of life, start by defining “life.”

Weird way to start our conversation, isn’t it?

But it’s so essential.

As is defining what life is not.

Perhaps, but getting “more” is itself a philosophical question because it involves understanding the nature of change.

We also need to evaluate the nature of “better.”

And we need a means of testing that our feelings are true.

Because often what we say is better isn’t true. We’re compensating because we don’t want to admit that the changes we made actually didn’t make things better.

All of which comes at the low price of a concept I call:

When you’re ready to be radically honest, you’ll already start getting more out of life.

Much more, and much better.

How to Get More Out of Life: 10 Steps That Actually Work

As we go through this list, keep in mind that there’s no particular order of importance. To get the most out of life, it’s important to combine multiple approaches.

One: Become A Definition Machine

I mentioned that it’s important to define “life.”

Nietzsche was one philosopher who absolutely went to town in this regard.

And to do that, he started defining all kinds of things. Gilles Deleuze wrote a great book on Nietzsche in which he says that Nietzsche was “creating concepts” as part of the defining process.

And that’s one thing you can do too.

Start thinking about how things are defined.

It doesn’t matter all that much how I say “life” is defined, or what Nietzsche says.

The value of the exercise is in working out how you define “life.”

It’s as simple as writing it down in a journal you keep for your self improvement missions.

And if you’re concerned this approach is outlandish, you don’t have to take my word for it. Maria Konnikova makes the case that to think like Sherlock Holmes involves pretty much the same process.

Of course, there is value in what others say about life.

That’s why you want to compare your definition with people who have done similar exercises.

Now, you might be wondering… what kind of people?

I would suggest you compare your definition with as many different kinds of people as possible.

There’s an unverified story about Robin Williams requiring his film producers to hire homeless people for every movie he worked on.

Whether it’s true or not, it’s an instructive idea.

And it reminds me of one of my most powerful experiences from when I lived in New York City.

I came across a man living on the street and offered him some groceries I’d just spent my last dime on. He turned me down, so I got curious and asked him why after telling him about my definition of life involving sharing when I can.

He replied that he really appreciated the gesture, but eating the food I had would only give him the runs. And in New York City, needing a washroom can make life very uncomfortable indeed.

Although he probably didn’t think of his story as a “definition,” he certainly expanded how I think about the realities of life. It widened my perspective and that’s what comparing and contrasting as widely as possible does for you.

A lot of people miss out on so much life because they’re simply not paying attention.

It’s a serious issue that has a solution: Meditation.

Sure, meditation isn’t going to work for everyone.

But it’s worth exploring because it expands your ability to pay attention. It improves your working memory as well, which means that you have more space in your mind to appreciate the present moment.

Okay, maybe that’s not the best possible title for this suggestion, but I’m going to stick with it.

See, there’s all kinds of people scrolling through social media all day long. Instead of creating the content, they’re consuming it.

And since they’re not paying for the privilege, they’re the product.

So a relatively easy way to shift the balance is to start producing the fuel these online platforms use instead of just gobbling it down.

Obviously, not everyone is going to do this, but it is a legitimate way to get more out of life.

When you have an audience or a community you serve, you see things others inevitably miss.

For example, you become intimately familiar with how the game is rigged from your new perspective as entertainer, teacher or whatever you choose to do online.

And people start emailing you with details about your life. Lots of them. This non stop flow of communication helps you spot patterns.

It also teaches you what it means to serve others through life-affirming practice.

Is life really about responsibility?

For one thing, you’re a meat tube.

And the laws that govern reality say that it needs to be fed and watered. These things are responsibilities.

If you get those two things covered, congrats. Why not take on more?

You can get your life in order in many different ways, and tackling as many of them as possible will grow your skills and mental strength.

The stronger you are, the more you’ll feel the “power” of life.

Six: Increase Your Power (With Care)

One of the ideas I get from Nietzsche is that power only makes you want more power.

But this is not necessarily a bad thing, so long as you’re aware that it’s taking place. There doesn’t seem to be a way around it, so self-awareness is key.

Being powerful will definitely get you more of what life has to offer, and you can do it by increasing your:

Take care to be kind to others as often as you can. That will increase your “karma power,” which actually makes sense. Your actions condition you and set the stage for how your future will play out.

Finally, as you start to experience hunger for more power, remember this:

There is never enough. That’s why it’s so important to take care because it’s all too easy to become a tyrant. And it’s really hard to calm the dragon down once the fire of ego starts flowing from its ugly belly.

The Analects of Confucius has a line that might be useful in this regard:

Under heaven there is none that is not swept along by the way flood.

Elsewhere in the same book, a possible solution is given to mitigate the issue:

Rich, yet a student of ritual. Poor, yet a disciple of the way.

In other words, we’re all affected by this principle, but no matter who we are, we can practice growing our power in ways will make it a life-increasing part of reality, not a problem.

Uninterrupted, Sustained, Silent Reading. That’s what I was taught in school.

To this day, it’s so incredibly rewarding.

Not only are you going to enjoy experiences of leadership by reading more, but the time spent in reading is itself an extraordinarily pleasure. You get to live not just one life, but many lives.

And the more you know, the more you can know because information connects thanks to processes like diffuse thinking. It also often leads to what is known as the eureka effect.

There’s a branch of philosophy called ontology. It’s the study of what it means to be.

Some of it can seem kind of silly. Intellectual noodling about the nature of numbers and things like duration can only entertain and help me for so long.

But you get more from your life by studying philosophers because they devoted so much time to getting clarity on these fundamental aspects of reality.

And some of them led such zany lives, it’s oddly inspiring. Skovoroda, to take one example, dug his own grave, then laid down and died. He left instructions for his tombstone and that is should say, “The world tried to capture me and didn’t succeed.”

Now there’s a fellow who milked life for all it’s worth!

Speaking of philosophers, Diogenes once met Alexander the Great. Alexander offered to grant him one single wish.

“Get out of the way,” Diogenes reportedly said. “You’re blocking the sun.”

Whether or not this story is true, I do not know.

But it says so much about what living the good life involves.

It’s the willingness not to be distracted by even the most fabulous offer, certainly not when you’re already enjoying things.

I wish I had been a better discipline of this practice. There’s a few times I’ve “sold my soul” for the supposed promise of getting something for free.

But the truth is, those offers were blocking me from the sun. Being itself is its own good, and when you realize that, you instantly get so much more out of life.

My favorite philosophers of life have all converged on one key point:

You must experiment to get the most out of life.

Nietzsche devoted much of his career to proclaiming this as the solution to life’s lack of certainty. Experimentation is a means of diving into it, almost as if you’re fusing yourself with uncertainty itself.

Mathematically, you’re increasing the odds that something cool will happen. Derren Brown has several times demonstrated this fact in his TV programs by drawing upon the Monty Hall Problem.

This principle suggests that when you are given a set of choices, you should at least consider changing your mind based on your gut instinct.

Another way of approaching this is to ask a simple questions:

A few years after the Herculean effort of getting myself settled in Germany, my wife got a PhD scholarship in Australia.

It was a hard decision, but the math of the Monty Hall Problem suggested that staying with all the comforts of the German system was ultimately playing not to lose.

Experimentation also helps you make each day different and unusual, so I suggest engaging in it often.

Making The Most Of Life Is Pretty Easy

Sure, life is filled with struggles. But at the end of the day, getting the most out of your time on earth boils down to:

Do that and you’ll always be endlessly entertained, educated and elucidated.

So what do you say?

Are you ready to get out there, increase your power and run some life experiments?

If so, please consider going through my Daily Discipline Masterplan guide and video course. It gives you a bunch of experiments you’ve probably never considered quite like I teach them. They’re all free: 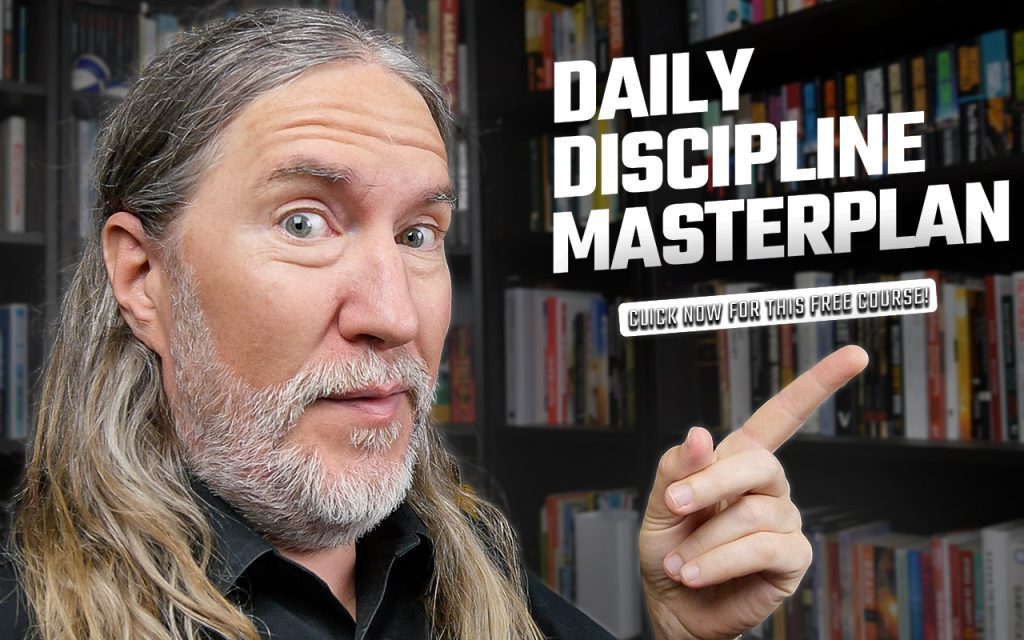 2 thoughts on “How to Get More Out of Life: 10 Steps That Actually Work”