At least, that’s what my mind keeps forcing me to admit (but not accept) as I prepare to depart for Beijing.

The pollution was so bad …

My lungs ached for nearly a month! 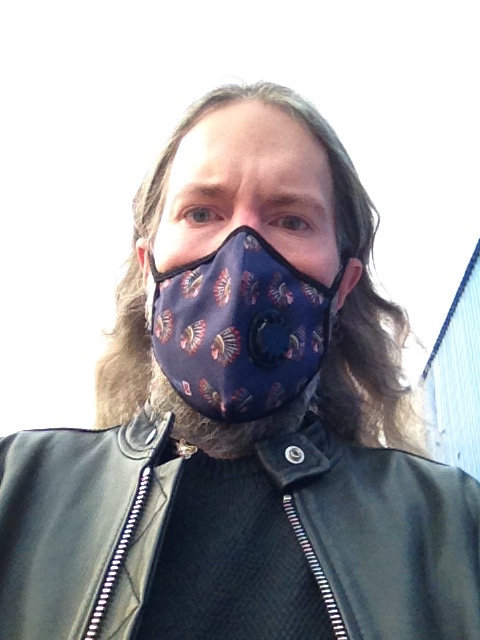 And so now, nearing my 40th birthday, I’m doing something bizarre …

And yet, not broken.

In fact, I’ve got warps in my vinyl that keeps making the music sound better and better.

And I’ll bet anything your music could be getting better and better too.

Confessions Of A Man Who Owns Next To Nothing 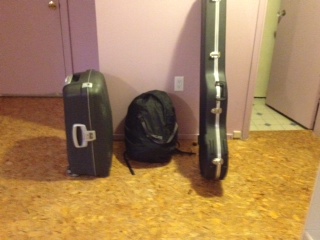 Like some kind of blogging troubadour, I took off for Berlin funded only by two Kindle books and raw ambition.

After doing a Treasure Map exercise, I found myself invited to go on tour with The Outside.

Playing music I love on stage fulfilled one of my biggest dreams.

And I wound up doing double-duty performing magic tricks during the afterparties too.

More than just hit the stage, I got to strut my stuff in a music video:

There was only one problem …

Turns out I got arthritis so bad I had to temporarily retire from music.

But damn if the payoff doesn’t feel fine when you chase after your dreams.

Does It Ever Make Sense To Break Your Promises?

When I moved back to Berlin, I swore I would settle down.

I bought a few things.

Got into the KSK. (That’s a German union that gives writers and artists better health care and a pension.)

I also invested in preparing for German citizenship.

I worked hard to set the stage for finally settling down.

Despite epic mounds of dedicated effort …

I’m giving it all up.

Instead of playing it safe and sticking with the plan, in just a few short hours from now, I’ll be at Tegel airport …

Bounding Off Into Nuclear Winter!

Now how the hell is doing that supposed to make 2017 my Best Year Ever?

Actually, the answer is simple.

Nothing more more than tricks.

Attempts at holding me in a game called “playing not to lose.”

That’s all ego doing its ego thing. So damn sinister sometimes, you’d almost think it had some kind of divine origin …

How To Punch Discouragement In The Face

Adding weight to the monkey mind’s endless chatter, get this:

As I was preparing the launch of this blog, I learned that my favorite distance-digital mentor was launching Unstoppable.me.

His first post, 7 Life Lessons from a Guy Who Can’t Move Anything but His Face, absolutely kills it!

And I’m not prepared.

Not even close to worthy compared to the web’s top writer of all time.

I’ve delayed the podcast because I’ve probably got a sponsor … (Hi sponsor! Don’t run away when you see this!)

So I’m repeating something else I’ve wanted to stop: rushing new projects out the door.

But when you really cut through all the nonsense your mind feeds you, there’s really just one angle to take …

Play To Win Or Don’t Play At All

That said, consider the following: 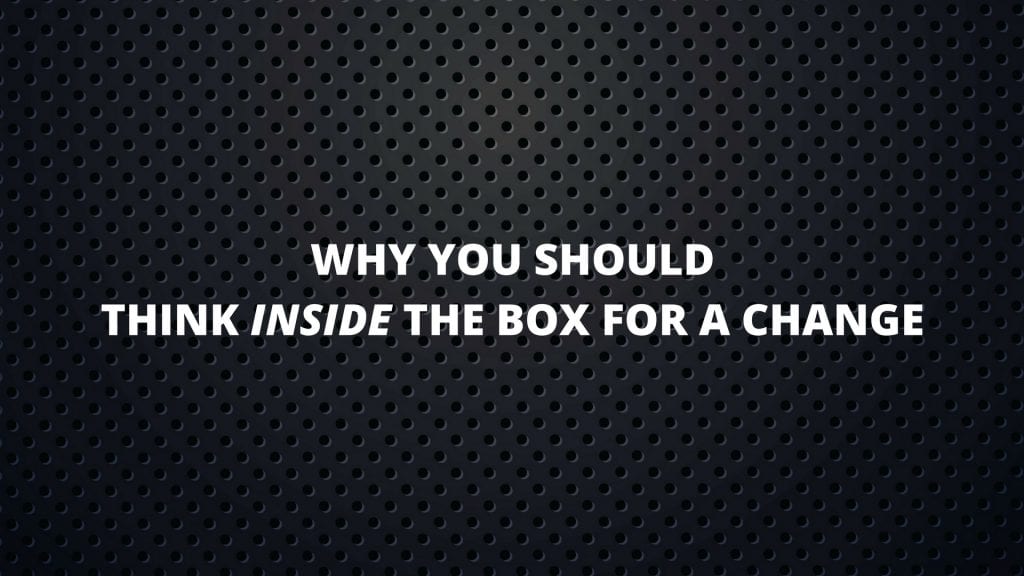 You read that right.

My strength has always been inside-the-box thinking.

And let me tell you, it’s sometimes lonely in here.

But when everyone tells you to go someplace, like mythical “outside-the-box” land …

Maybe it’s time to pivot and do something truly different.

Use what you’ve already got to its fullest extent …

And then use what you’re using to its fullest extent just a little bit more. 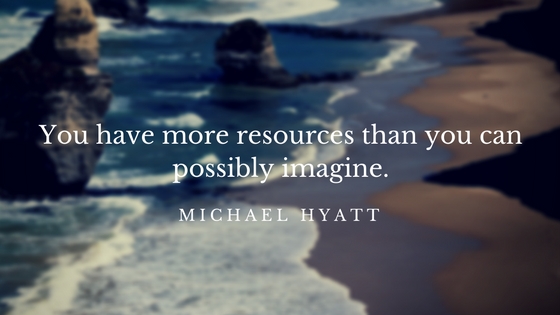 I’ve come to understand that we always have all the resources we need to at least keep the boat moving. No matter how choppy the waters might get, we can row. Even if we have to paddle with our bare hands.

In figuring this out, I’ve recently been inspired by Michael Hyatt and his even more positive take on having more resources already in reach (more on him in a minute). It truly is a mindset thing.

How To Win The War Against Your Inner Imposter

For all my talk of being resourceful …

I still feel at odds with the world.

Maybe it’s how I feel every time I need to defeat depression with Supercharged might.

It could also be the high-pressure stakes of living a life dedicated to the art of memory.

One the hand, it’s not that big of a deal. There are plenty of phony mnemonists out there and they often reveal themselves by their absence.

On the other hand …

Just you try being the constant target of memory skills tests everywhere you go. It’s damn good fun, but also ain’t easy when the proof has just got to be in the puddin’.

This is memory we’re talking about. The ultimate pain point. Evergreen as hell.

But I like these stakes, especially as I go into the future of my biz with an aging brain.

And it’s important to resist the urge to run and hide.

Give That Negative Voice The Bird!

For thousands of people who step up to the place in 2017, Imposter Syndrome goes bye-bye for good.

No more time lost to work …

The secret sauce for you?

Just figure it out.

The Ultimate Truth About Control

The ultimate reason 2017 will be the best year ever is because you can simply make it so.

The power of decision.

The power of thought.

The power of equation.

You’re bound to come out on top.

That’s because there are no RIGHT actions.

Only the actions you take.

The actions you observe.

And the actions you choose to repeat.

For me, I chose to repeat taking training with Michael Hyatt.

In fact, even with a zillion things going on, I found time for this year’s Best Year Ever course. 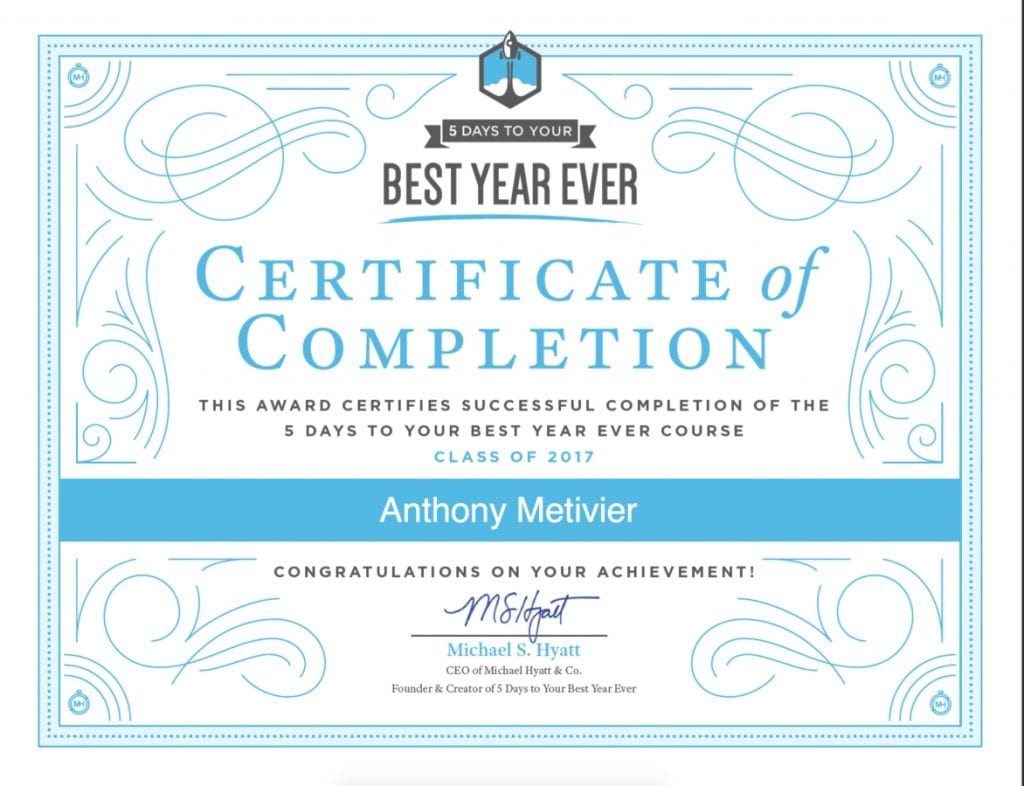 It’s a wise decision because I start 2017 doing something I’ve been repeating for decades:

… and venturing into the wild unknown.

But heck, isn’t that what we’re all doing? All the time?

The Difference Is Your Level Of Awareness

Just how high my consciousness reverberates remains to be measured.

There’s a difference between playing to win and playing not to lose.

And there’s beauty in the Supercharger equation.

Follow it to the letter and there’s no way you can fail.

Just try and prove me wrong.